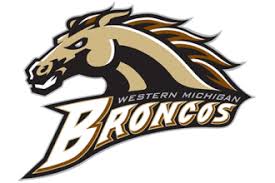 As I said a few days ago somewhere (I can’t remember if it was on Twitter or WordPress), I have an announcement to make regarding my life. This life choice was one of the most difficult decisions I’ve had to make in my twenty-five years (I still can’t believe I’m 25…I feel older than that to be honest), so let’s get into that along with some backstory to make it a bit more understandable.

This year I made the decision to stop my college studies. It’s been a rough road for me in the last three years, and at twenty-five, my focus is no longer solely on finishing my studies—it’s more on advancing my life and every other aspect I have around me.

I began my college career at Western Michigan University in 2011, and I was extremely excited to do be advancing my life. Every fiber of me was excited to be off on my own, living on campus, and expanding my knowledge of many different topics. However, my time at WMU ended rather quickly.

After a year of studying, or rather, failing to study, I was dismissed from the University for having below a 2.00 GPA. While I was depressed about this, I accepted what I’d done and moved my studies to a community college a few miles down the road. It was there that I finally felt better about myself; I began going to every class, participating in the discussions, and I actually ended up with a 3.75 GPA after a year and a half of studying at this community college. Then, I put for a transfer back to WMU, going through many different forms of paperwork and meeting with instructors so they could sign off on the fact that I was attending class.

In 2014 I started going to counseling, and was diagnosed with GAD, so I’ve been seeing a therapist for a little over four years now. Overall, I was still loving school, and with it being 2014, I was excited to almost be done with my general education studies and moving forward with my major and minor classes.

And then…well, I fell apart again.

2015 hit and I was taking the highest level creative writing class for my major; this class was one of the final six or seven that I needed to complete to finish my degree, and it was one of the worst classes I’ve ever taken even though I passed it with a 3.5 (or a BA, or B+, whatever you need to understand the grade I received). That being said, I continued going through my studies for another year.

In 2016, my anxiety hit an all-time high, and I fell even more into an educational rut. I stopped going to class unless I was 100% sure I would enjoy the hour or two hours, and that began a downward spiral that I’ve been in ever since. I wasn’t quite sure what I was doing at this point in my college career, but I wasn’t ready to quit. I had four classes left to complete my degree and I was practically forcing myself to finish them.

2017 was another story, and that made it even worse still. In 2017, I still had the same four classes remaining, and I was more focused on a relationship than I was with school (shame on me!). In the end, it’s not worth explaining what happened there, but it ended badly and I was still in a horrible position educationally. I spoke with my brother, mom, dad, cousin, and in the end agreed with them that continuing school was most likely my best option. I decided to take a simpler class than usual in 2018’s winter semester to get myself back into the groove of going to class, studying, and readying my brain for whatever may come my way. I even signed up for autumn 2018 classes!

And now, at the end of the autumn 2018 classes, I’ve made the decision to stop going to class for the foreseeable future. This has been the most difficult decision of my life thus far, but at twenty-five years old, my focus isn’t so much on paying for classes and spending money than it is on my work, supporting myself, and doing what I can in the world to contribute any way I can. There are many people I know that didn’t finish school and are doing well, or they did finish school and are in practically the same position I’m in with their career.

What this means for me is I’ll be working full time, but when I was speaking with my mom a few days ago, she surprised me. She told me, “If this is what you’ve decided I’m proud that you’ve been able to think about it critically and move forward with what you’ve decided is best for your life. And hey, this means you’ll be able to finish revising and re-writing your novel and get it out there.”

That was the most surprising thing I’ve ever heard her say. Sure, she read the novel while I was writing it (I would send her chapters as I finished them), but hearing her say that she’s going to support me in my goal to become published after revising, editing, and whatever else may come made me so happy with the struggles and sleepless nights that book put me through.

So, all in all I’m in a better position mentally now that I’ve decided to cut my studies for the moment. I may go back in a few years to finish my degree, but for now I’ll be working full time, revising my novel, and doing what I can to progress my life in whichever way may be possible. But don’t worry—this blog is also very important to me, so I’ll be active here, too!

And that’s my life right now!!

11 thoughts on “A Difficult Decision, and a Life Lesson”