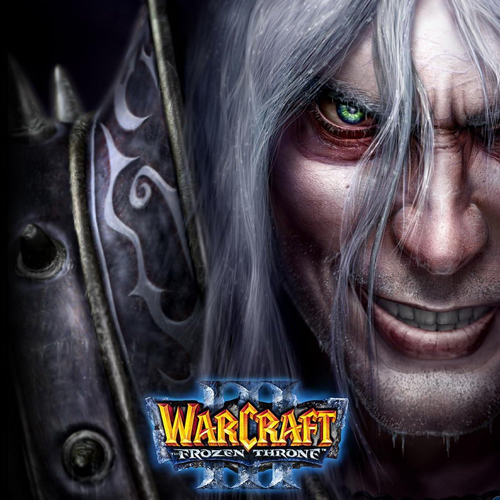 In the past I used to play video games all the time–and I mean ALL. THE. TIME. It was an escape from the realities I faced in my life, of growing up and not wanting to grow up. Well, in my first semester at the university I attended, my brother and a one-time friend of ours spent countless hours playing a single game: Warcraft 3: The Frozen Throne. Yeah, we were playing a game that came out in 2003 nonstop. And it was glorious. Granted, this friend of ours was, for a decent amount of time, one of the top 100 or 200 players in the entire world. He missed out on the World Championship 2007 or World Championship 2008 tournament (I can’t remember which) by about fifteen or twenty spots.

However, the three of us never did play actual games of Warcraft, we played custom games. One of the games we played, which garnered too many hours of our time to be completely honest, was a 4v4v4 Stronghold Tower Defense game. And we were good at this game. I mean GOOD. At the time, 2011, this custom game ran rampant over the WC3 servers. People had set game clients up and ran their games all day every day. Eventually, we three decided to try our hands at it.

Now, these Stronghold TD games were fairly simple: three players are in the lanes, building towers alongside the paths and generating gold with each minion killed to build more towers, upgrade said towers, and send minions from their own bases (with each level of minion costing more money).

The difficult part about this game was figuring out when to upgrade your base to generate stronger attackers. If you clicked your base at the wrong time, you wouldn’t have the ability to attack your opponents, the other eight players going against you, and you’d suffer a loss in attack strength.

However, we put so much time into this game that we had a cycle of which of us would upgrade beyond a certain home base level at which time, and which of us would continue to upgrade our towers to defeat incoming enemies.

There was also the timing of upgrading the towers that defending the lanes. Do you upgrade them all at the same time (which wold cease firing on incoming attackers), do you upgrade one at a time toward the mouth of the lane (where the attackers came from) to deal significant damage up front, or do you upgrade in small group (THIS ONE! THIS ONE!) to make sure that you still have a decent amount of firepower hitting enemies and eventually have more powerful attacks raining down on them.

All in all, it was an amazing experience, with the strongest towers not being the final iteration, but the second-to-final iteration. Sure it fired a bit slower, but it was more powerful. If you could space these towers out in a specific order along your path, you could have two or three towers hitting one minion each time it crossed a certain point heading toward your base, and it would die. Eventually, with the gold generated by attacking with your own powered-up creeps and your home base maxed out, you could get two or even three layers of towers, all attacking enemies in a slaughter-fest of magical proportions, without any breaks in the formation of how you first laid out your defenses. In all honesty, those games were few and far between, taking upwards of two hours to complete, which to be honest were loads of fun even if you were on the losing side! That just made my brother, friend, and me want to play again and win even more than we did beforehand.

During our time playing this game we actually went on a win streak of twenty to twenty-five games at one point with people in the Warcraft 3 community (or at least those who played the Stronghold TD games we did) groaning and yelling about how we were in their lobby and how it wasn’t going to be any fun. Now, don’t get me wrong, there were times where we would lose, but those games were still an insane amount of fun. They were close games, with the main bases we had almost surviving to take the W, but in the end not making it.

But, I will say, it took a long time to get to the skill level we were all at in that game. We played nonstop for weeks and weeks until we finally figured out how the mechanics worked, how far each tower shot, how much damage each one did, which minions did the most damage, which minions could take the most amount of damage before dying, etc…

I miss my Stronghold Tower Defense days, they were amazing, but like most things, it had to come to an end. People stopped playing after some time (I like to think I had something to do with that), and the game was almost ten years old as it was, so there were better games, World of Warcraft had boomed, and things were looking up for the next expansion there. All in all it was an amazing experience, one I won’t soon forget, and one I doubt my brother will forget.

And now, a question: if you’ve played games or play games, have you had a certain game or mini-game/custom game stick with you? Do you have one that you were decent at, good at, or sucked at, but you couldn’t get enough of it regardless of how you did?

(note: I don’t own these pictures)