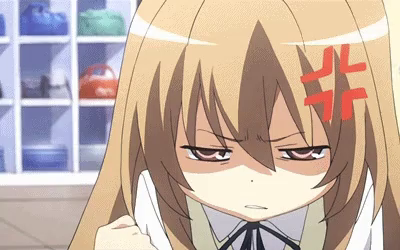 Well, I knew something was wrong when I thought I would start blogging again after my trip to Florida and then I didn’t. I’ve taken quite a break lately and I don’t know if it’ll stop any time soon. The reason: I’m sick.

Yep, I didn’t even feel it until about a week ago when the symptoms finally hit my like a train, but I’ve been lethargic and sleepless for a while now. Mentally I’ve been in a better spot before, too, so that’s also a factor. In recent weeks I’ve not been sleeping more than four hours a night, and I was even awake for over thirty hours at one point last week (if that didn’t tell me something was off I don’t know myself.)

So, with that in mind, I’ll be taking an even longer break. However! Don’t be discouraged! I have many posts planned!

I had an idea for a series of 26 weekly(ish) posts (it’s going to be an “A to Z anime and manga characters that I want to highlight”…yeah, big project); the Fantastic Females Friday posts; Top Five Tuesdays; apparently a few people voted on my Twitter poll for poems to be added to this blog, so look forward to those(?); and other random thoughts and ideas and things I find interesting. All in all I have a lot of content I want to share with you all and I’m upset I don’t have the energy or mental capacity to start right now. But, that’s life, and as soon as I’m over this sickness and feeling more healthy I’ll be back in this wonderful wordpress world. (Did you catch that alliteration? Eh? Eh?…okay, sorry…)

2 thoughts on “Unplanned Breaks Annoy Me”