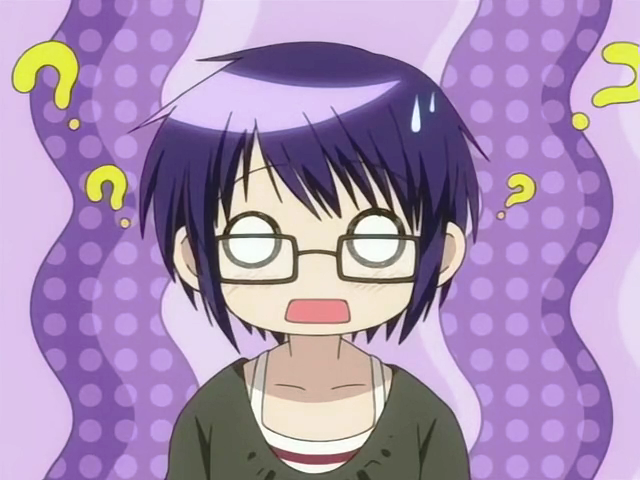 Okay, obviously most people will go into different shows with a different mindset. That’s not quite what I’m getting at. I think I’ll explain below to try and get you all to understand my current dilemma. Here goes nothing…

Right now, I’m currently watching a fair share of anime: Bungo Stray Dogs; Cinderella Nine; Fruits Basket; Shield Hero; We Never Learn; Demon Slayer; and Midnight occult civil servants. I am also watching Game of Thrones. Yes, I’m finally watching that show, and I’m almost through season five. Anyway, this is where I started questioning myself and wondering why I was behaving the way I was during each show. I’ll start with a slight spoiler here (or whatever it may be for you) from Game of Thrones and then dive into the anime shows.

While watching GoT, there were a few scenes between prominent characters: Tyrion Lannister and Ser Jorah Mormont; Tyrion Lannister and Lord Varys; Jamie Lannister and Bronn; and even after those there are many moments that stick out in my mind. However, while I watch Game of Thrones, it’s the moments between these characters I’ve mentioned, as well as others, where nothing physical happens that intrigues the hell out of me. And when I mean nothing physical happens I mean there is no fighting, there’s no sexual tension, there’s no planning for a battle that will happen in the next few hours, and there’s no adventuring through terrains like madmen or whatever.

The most interesting portions to me while watching Game of Thrones has been the conversations, the back-and-forth banter between two friendly people, or the berating of one by another that eventually leads to sly reveals in countries across the continent, or word from “little birds” who have ears and eyes everywhere, sending word to their lord or lady on the goings-on in their portion of the world, of the plans other lords and ladies and once-great families are just beginning, or have been in place for some time and are finally coming to fruition.

What I love about Game of Thrones is the exact opposite of what I love in anime. Why is that? Sure, in Game of Thrones there is plenty of action, there is plenty of death, there is plenty of ruling and trying to one-up another person in single combat or as an organization/group, and the battles are wonderful. However, I think that’s where Game of Thrones lacks. Now, I’m not saying it’s a perfect show, as they have killed off people in the books who should have played a prominent role at the end, or kept people in the show that are dead in the books (yes, I think that’s odd), but it’s a fantasy/adventure/action show. The most exciting parts should be the adventure and action, right? Well, not for me. I honestly believe that Game of Thrones thrives when there are two or three people scheming or uprooting a scheme by another character behind closed doors and waiting for the outcome they want–or even (sometimes) forcing the outcome they want by doing something drastic that rocks all the Seven Kingdoms and whatever else.

Now, I won’t go into any more detail about Game of Thrones, but I thought it was a great example for the contradictions I find within myself. Those contradictions show themselves most while I watch anime. I can sit for hours watching Game of Thrones and find myself leaning forward in my seat during simple conversations. That’s not something I’ve ever done watching anime. Okay, sure, I’ve asked myself questions during shows and wondered about them for an entire week, but I’ve never found myself thinking, “They need to keep this conversation going; what are they referring to? Why do they need to be alone and why can’t any other person they trust know about what they’re discussing?”

While I watch anime, the most intense and interesting parts to me are the actions scenes, or the emotional moments where the characters are crying, or their past comes to the surface and other characters begin learning about them and caring even more for them. I can’t sit through an anime episode where the only thing that happens is a conversation between two people. There needs to be more going on. Now, sure there’s been years and years of set-up and what-have-you for some conversations in Game of Thrones, but I still feel as if that’s the strongest part of the show. The anime I watch simply can’t pull that off in my mind. I get bored listening to dialogue between characters. Even Bungo Stray Dogs annoys me with their conversations and I love Bungo Stray Dogs!

When I sit down to watch a show that’s currently airing for an anime season, I don’t want a show that has long conversations between characters. Give me some action, give me plot that evolves into something and may leave me on a cliffhanger one week and wrap up the next week. Give me character development through actions, doing just talk and show me what the character is like through words. There’s nothing fun about watching two anime characters talk for twenty minutes in my mind.

I think it’s interesting how shows can do that. They can draw you in with characters, plot, and dialogue, but once they get going, there may be totally different aspects of the show that you’re really watching for. The action I find in anime, or the comedy, or whatever it may be is almost completely different than what I enjoy in Game of Thrones, and I find that amazing.

Now, I will say that the most interesting parts about the third season of Attack on Titan didn’t involve titan fighting for me, which the show was famously known for, but for the dialogue and subplots and actions the characters chose to make while conversing with one another and formulating plans and whatnot.

What about you? Do you have specific reasons as to why you watch an anime or a live-action show? Is there something about them that pulls you and makes you wish there were more in that specific show? I’d love to know your thoughts!