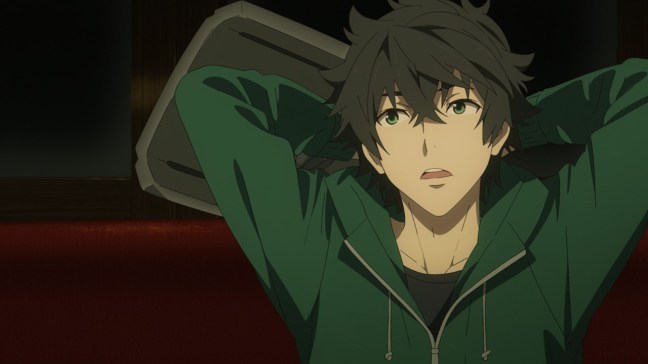 Hello all you wonderful people. I hope you’ve had decent enough days or nights today, or yesterday, or tomorrow? Time zones are weird. Anyway, let’s get into this post.

Today I was thinking about picking up a novel and reading it considering I still need to get around to Age of Myth by Michael J. Sullivan, but I didn’t. I instead turned on my tv and started watching the weekly anime I missed. What I realized when doing this is that the anime I decided to watch was nothing like what I enjoy reading. Well, in a way they’re similar, because some anime I watch is fantasy, but not like the novel fantasy I enjoy reading.

After that everything started to snowball and I created a list. This list is quite interesting to me, and I figured I’d share it with you, too.

Anime– I enjoy watching all kinds of anime. I’ll bounce around from comedy to fantasy adventures to pure action; from slice-of-life to horror; from feature films like Your Name, and Fireworks, and Princess Mononoke to laughing about live-action adaptations (because they’re funny to me)… You all probably knew that already, though, so I won’t spend time on this sections.

Live-Action TV series– I don’t watch much live-action tv, but there are some shows I do enjoy. Supernatural is one of them, I’ve been watching Supernatural since somewhere around 2007, a couple years after it originally aired, and I’ve been a huge fan since seeing that first episode. I do think they could have ended the show a few times already, but I’m happy it’s been going for as long as it has–I love the characters, and fifteen seasons of one show is an insane run. I also love the show Da Vinci’s Demons. While the Starz show (Da Vinci’s Demons) didn’t run for very long, I instantly fell in love with Tom Riley’s portrayal of Leonardo Da Vinci and the way the show took liberties with the man’s life was thrilling to me. Da Vinci’s Demons is a show that I wish I could talk about to everyone I meet, but I know I’d probably come off as some annoying piece of shit for blabbing on and on about something few people have seen, so I don’t usually bring it up in my life.

Sports–There’s other live television that I watch as well, but other than a few series, I mainly stick to watching sports with my dad. We’ll see world championships for winter sports and watch those, we’ll see a soccer game on and decide to watch that (we’re also Bundesliga fans, so those are primarily the games we watch together), or a baseball game, or even the occasional hockey game if the right team is playing (not San Jose or Los Angeles, fuck them). It’s not a lot of live television, but it’s enough to keep me sane.

In contrast to what I watch, my reading list is fairly small–at least for genres sake. I’m a huge fantasy novel reader and could survive my reading life with only fantasy novels if they were good products, but I have much more than fantasy on my completed and to-read lists.

Fantasy novels– I’m a big fan of Brent Weeks–his Night Angel trilogy and Lightbringer series are fine pieces of work (Lightbringer is gloriously long, and better written than Night Angel). Other fantasy authors include Michael J. Sullivan; Sarah J. Maas; Jasper Kent (he is sort of fantasy/horror to be honest); and one of my favorites in Mark Lawrence (the Broken Empire trilogy, the Red Queen’s War trilogy, the Ancestor trilogy, and some others). These fantasy novels are things that I believe could be turned into television series or movies, but much of the nuances of the books would be lost, so it’s probably for the better they aren’t giving their rights away.

Thriller novels– I started reading thriller novels a few years ago to broaden my range of reading, and ended up loving some authors. I’ll read Tom Clancy (even though he was wordy as fuck), John le Carre, Lee Child, John Grisham, and Robert Ludlum (another great who’s gone), and fall in love with the suspense and action of the novels, wondering what’s about to happen, wanting to turn the page to find out and maybe being left on a cliffhanger for a few chapters. It’s good fun…

Manga and American Comics– I’m a big DC comics fan. I bought too many one time a few years ago without realizing what the date was and was short on my rent once, which was a troublesome time let me tell you. I tried my best to pick up all of the New 52 runs, but my favorites were Nightwing (my favorite hero), Red Hood and the Outlaws, Green Arrow, and Wonder Woman. For manga, I currently have the complete Death Note series (it’s such a big all-in-one I don’t want to read it!); I have seven volumes of Naruto (I’ll eventually own them all, it’s been a goal of mine for about six years now); I have five volumes of Haikyuu!! (I’ll also own all of these); I have two volumes of Fire Punch, which is decent, not amazing not bad; I have some Kakegurui, Laid Back Camp, and a couple volumes of The Quintessential Quintuplets.

So, what does this say about me, really? I watch anime, which increases my love for manga, so I buy more manga, which increases my love for anime… But other than that? I think what I read and what I watch are on complete opposite sides of the spectrum. I don’t usually like watching sports anime. Sure, there are some I’ll watch, but outside of those few I’d rather watch an actual sports match over an anime sports series. I feel like reading sports manga is better, too, because I’ll get through a chapter and suddenly want to know what’s going to happen next. I’ll read a thriller novel and be flipping through pages begging for answers. I don’t do that when watching television. American comics have been turned into television series, which is cool and all, but I don’t watch them. I’ve tried, they bored me. I’d rather read the comic than see it acted out on the tv…

There’s some disparity between my reading and my watching, which I find interesting. I’ll read fantasy all day, but when it comes to watching fantasy on a screen? No thank you, I want my own imagination to take hold of the words I’m reading and create a picture in my head how I want it.

All in all, I think this disparity I have is interesting to say the least. Hopefully I haven’t rambled on too long and lost any of you readers. Do you experience something similar between what you read and what you watch? Or, am I the only one who experiences this? Is it some odd anomaly in the world?

Anyway, thanks for reading!